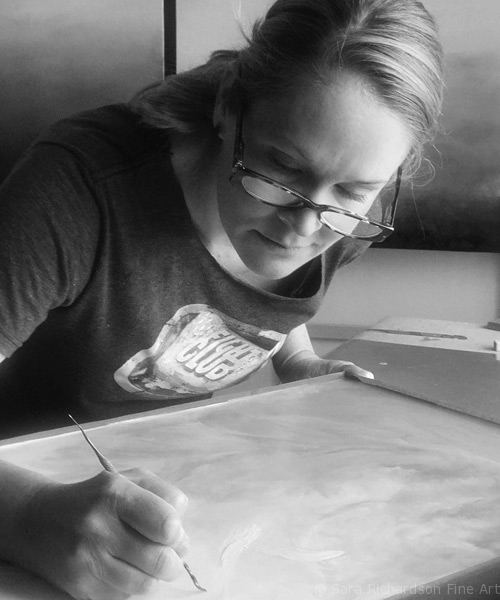 zero to 60 in moments

I wasn’t born with a brush in my hand nor did I start drawing when I was 3. I grew up in a small town where art was not really essential (at the time) which meant I had a late start compared to some of my colleagues. It was my 3rd year in college when I suddenly learned I had a talent for painting. Some of my personality traits helped propel me through this period in my life. I went from zero to 60 in moments and did it while battling progressive severe ulcerative colitis.

I graduated with a BFA and honors in painting and was accepted into the MFA program at University of Washington, Seattle. There was a point during this time I was becoming extremely ill and thought I would have to drop out of grad-school. I refused. I mean it – I absolutely refused. I took 3 months off, had 3 major surgeries and stubbornly insisted on returning as soon as I could. Call me Ms. Determined.

After grad-school to fund my studio pursuits and ultimately help support my family, I worked as an interface designer that led to a stellar career in web development. I wrote for Yahoo! and Microsoft, was a guest expert for Microsoft Small Business and the lead creative force behind countless companies including many big named brands such as WD-40 Company, MapMyFitness and Chiquita Bananas. During my web career I continued to make art, but there was always an element of unrest because of the constant divided attention between a demanding career and time in the studio. In 2012, I made one of the best decisions of my life — to return my entire focus to painting, drawing and photography. I have never been happier. 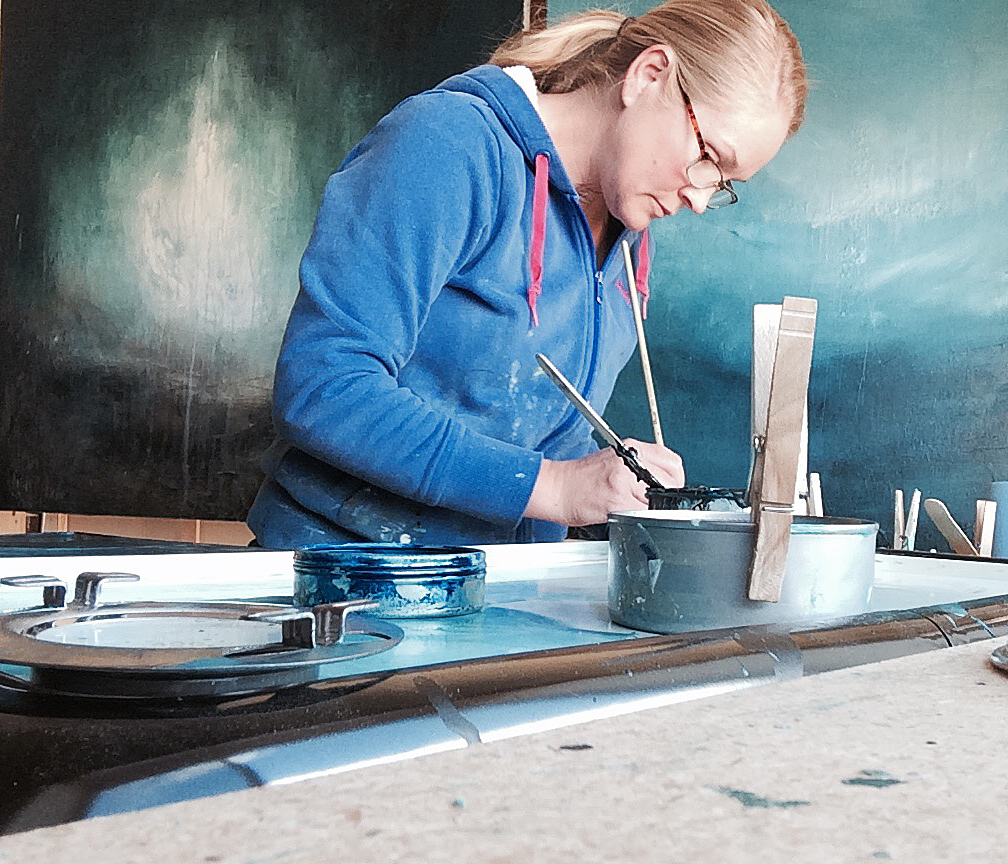 “I feel fortunate to have lived and worked all over the place (Washington DC being my favorite in some ways) and seen/breathed-in/felt so much. It feels great to be in my studio 100% — it’s where I am meant to be.”

Being and artistry is poetic liberty. Profound and full of discovery where I am free to engage in the process of painting with a thoughtful purposeful hand. I find myself deliberately creating works of contradiction where the beautiful lives on one side – organized tangles on the other.

Cerebral paired with romantically obvious elements. Intent. Gentle upheaval, imaginary textured patterns and a dash of quirky humor. These conflicting elements begin to reform meanings and plots in the unfolding drama of found spaces – defined through color, canvas and imprint.