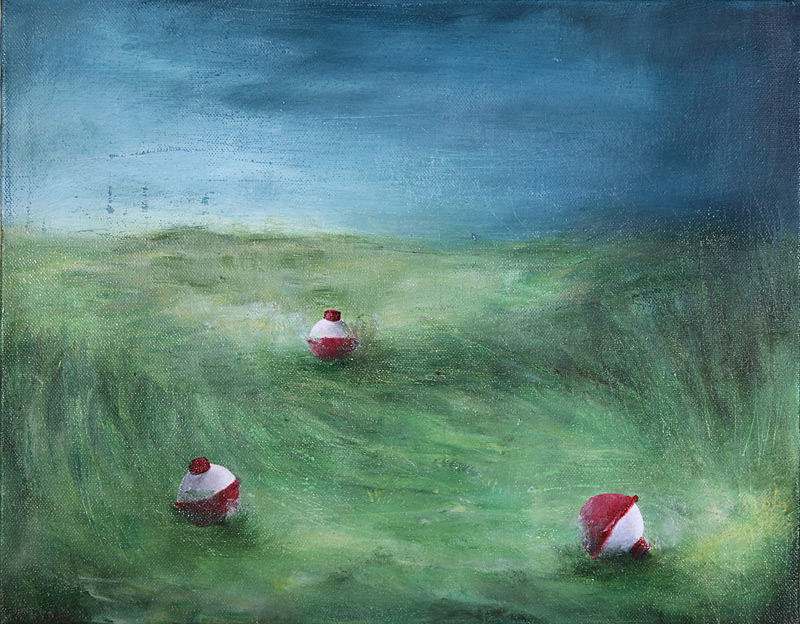 Ondine’s Message along with Her Cheesecake Plan were started in late 2015, but not finished until a few days ago. They are pivotal pieces and the first of the Plight Series. The new series is romantic, poetic, and wrought with tragedy…entirely about my idea of ‘what if’ relating to the play Giraudoux wrote about Ondine.

What if is not a re-write, an edit or implication, an alternative ending (the play ends perfectly) or a suggestion – it’s merely an imaginary wondering – what would it be like? What if…

Everything I was fending off last summer came to a head and I just could not ignore what’s natural to me as an artist. To wonder. I don’t mean to be in wonderment, but to think and dream out loud. What if. What if Hans was not killed…what if he had been banished for eternity to a land with forests, prairie, ponds etc with the first fisherman or an assigned man to be his keeper. Ondine is cast to forever search for him. Her plight. But when she gets close to them, the keeper moves Hans. An eternal game of chess maneuvers.

She Will Never Find Him

She will never find him, but drops the bobbers in the hopes Hans will see the message and know – she is looking for him. Coincidentally I happened to be listening to a Podcast a couple of days before I finished this painting about LED-lit floating balls released down Columbian rivers to communicate to guerrilla fighters which I thought was interesting. 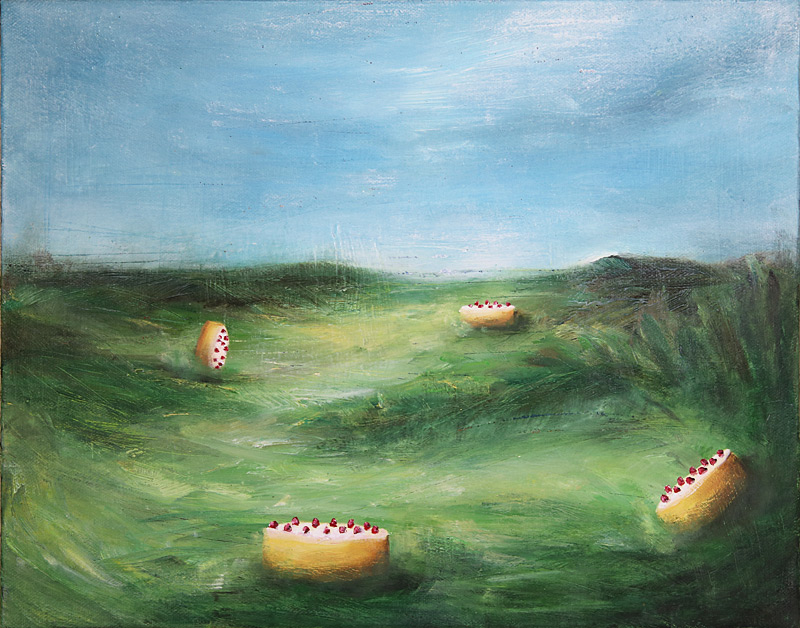 What she does not realize is that the plans are never going to work. No matter how beautiful, gloriously funny, enticing or creative – she’s going to spend her entire life plotting and hatching new plans. The artwork represents her plight. Her Cheesecake Plan is the first attempt to entice. I can imagine her (less selfish less youthful) in a small kitchen in the woods carefully baking these cheesecakes with raspberries on top. Her hopes and wishes dropped in a field never to be eaten except maybe by devious ravens. Ok, no ravens.