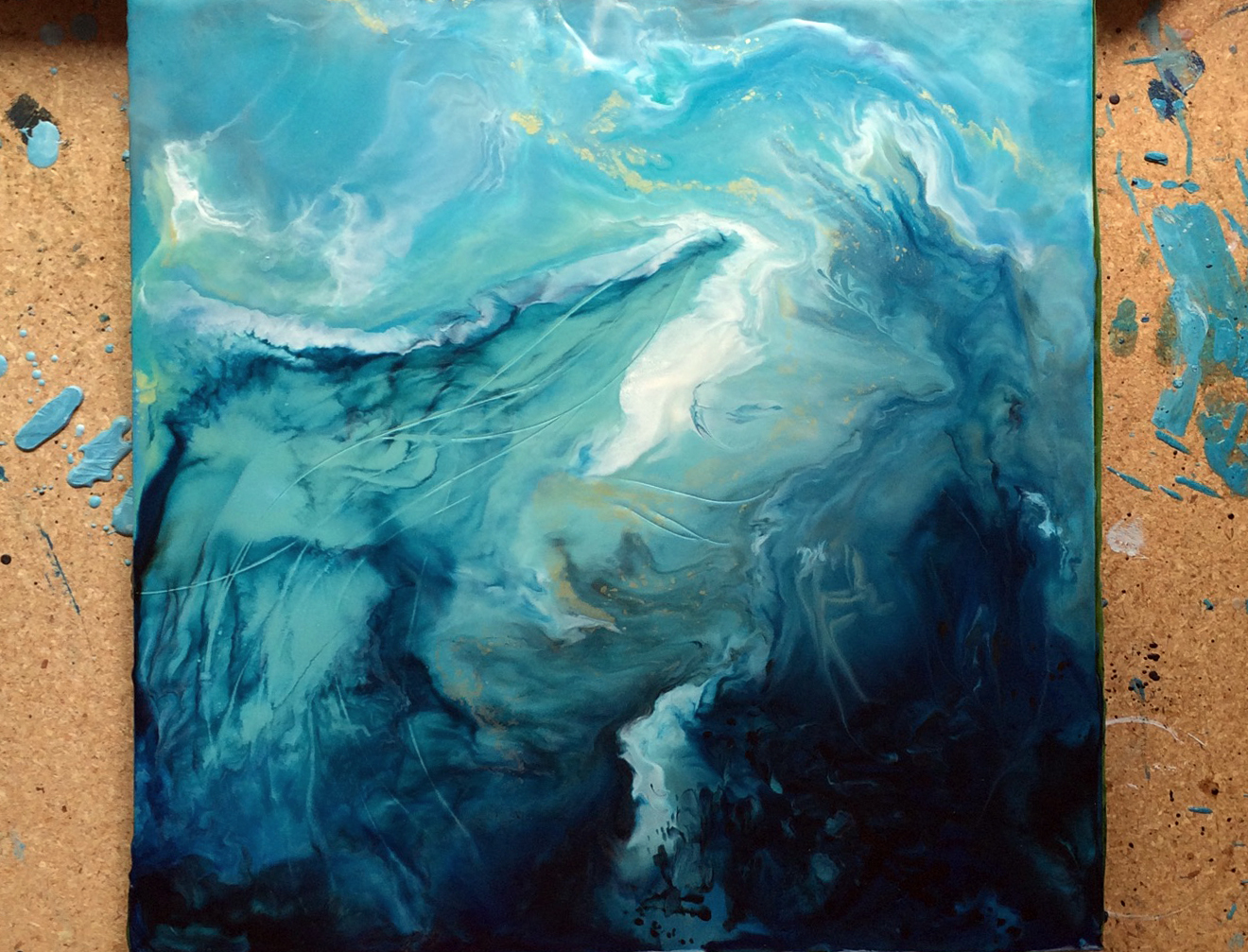 A few weeks ago I began a set of 3 encaustic paintings and prepped 3 additional panels to start next week. My goal is to have the first three finished by early next week. As I have grown artistically, one of my preferences is to work in groups and large scale series to give work a chance to develop — often in unexpected directions. I still create the occasional one-offs, but for now, I like the way the work seems to unfold in a series. I am working on the three encaustic paintings (one of which is shown above) simultaneously. Even though they share a similar color palette they are different from one another.

The new encaustic work, while taking cues from the Poseidon’s Letter series, is less about the notion of Poseidon writing love notes (or even notes of apology) and more about mysteriously beautiful aquatic life. The sea imagined and real. I’ve been fortunate enough to have lived on both coasts of the United States and gotten to absorb all types of moods the ocean(s) present. From rocky and color dense La Jolla Shores to off and on mellowly soft Pugent Sound all the way over to the treasure trove filled beaches on the Gulf Coast to the weird and frequent murkiness of DC. The work isn’t a single derivative but a combination of what I have seen / what I want to go see in the future…sifted though my imagination.